Items related to Humanity's Plague: The Secret History of Japanese... 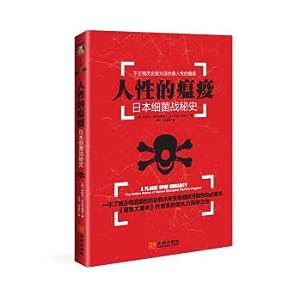 From 1932 to 1945, in a headlong quest to develop germ warfare capability for the military of Imperial Japan, hundreds of Japanese doctors, nurses and research scientists willingly participated in what was referred to at the time as 'the secret of secrets' horrifying experiments conducted on live human beings, in this case innocent Chinese men, women, and children. This was the work of an elite group known as Unit 731, led by Japan's answer to Joseph Mengele, Dr Shiro Ishii. Under their initiative, thousands of individuals were held captive and infected with virulent strains of anthrax, plague, cholera, and other epidemic and viral diseases. Soon entire Chinese villages were being hit with biological bombs. Even American POWs were targeted. All told, more than 250,000 people were infected, and the vast majority died. Yet, after the war, US occupation forces under General Douglas MacArthur struck a deal with these doctors that shielded them from accountability. Provocative, alarming and utterly compelling, A Plague Upon Humanity draws on important original research to expose one of the most shameful chapters in human history.

Thank you for visiting My bookstore! We are an online bookstore, and Is the China's largest online book sales. Generally our books are from China, with reasonable price and decent printing quality. We are always trying our best to satisfy customer's needs!


We guarantee the condition of every book as it's described on the Abebooks web sites. If you're dissatisfied with your purchase (Incorrect Book/Not as Described/Damaged) or if the order hasn't arrived, you're eligible for a refund within 30 days of the estimated delivery date. If you've changed your mind about a book that you've ordered, please use the Ask bookseller a question link to contact us and we'll respond within 2 business days. Please Note:We don't sell any international Edition to you...


Most orders are shipped within 24 hours. We will delivery these items to you by AIRMAIL, EUB, EMS, TNT etc.