Items related to Hollywood Dreams Made Real: Irving Thalberg and the... 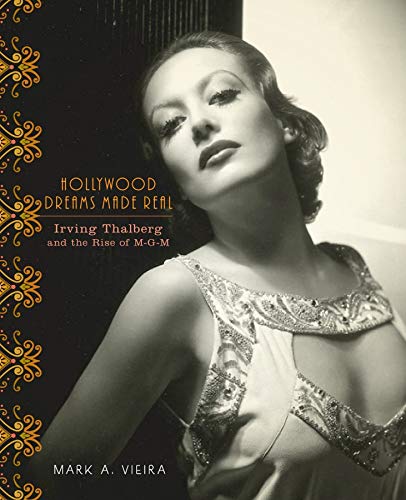 Hollywood Dreams Made Real: Irving Thalberg and the Rise of M-G-M

AbeBooks Seller Since 31 May 2006 Seller Rating

"Ben-Hur", "Flesh and the Devil", "Tarzan the Ape Man", "Grand Hotel", "Mutiny on the Bounty", "A Night at the Opera", "The Good Earth" - most filmgoers even today have heard of these Metro-Goldwyn-Mayer classics from the 1920s and 1930s, not to mention the remakes they spawned. Yet fewer know the name of the young genius behind these masterworks, Irving G. Thalberg. Nicknamed the 'Boy Wonder', Thalberg was running Universal Pictures at the age of twenty and M-G-M at twenty-three. Thirteen years later, he was dead.During that brief span, from 1924 to 1936, he supervised more than four hundred M-G-M films; made stars of, among others, Norma Shearer, Jean Harlow, Clark Cable, Joan Crawford, Lon Chaney and Greta Garbo; gave Hollywood careers to stage legends from Helen Hayes to the Barrymores; and strove to elevate film to the level of fine art.This groundbreaking new book tells the story of Thalberg's short but productive life and confirms his role as the prime architect of the Hollywood studio system. "Hollywood Dreams Made Real: Irving Thalberg's M-G-M" is the first book to treat the 'Boy Wonder' as a human being, using unpublished correspondence, interviews and archival documents to reveal the beguiling, mesmerizing man behind the legend. In this enthralling volume, acclaimed film historian Mark A. Vieira sets the record straight with a strict and gripping chronology of Thalberg's life. He interweaves the unpublished recollections of his wife, Norma Shearer, and those of other M-G-M veterans with newly discovered transcripts of Thalberg's conversations; data from previously unseen production records; and a treasure trove of images from Thalberg's films, most of which have never before been in print.

Welcome to Our AbeBooks Store for books. I've been selling books for long and have achieved more than 99% positive feedback on eBay and amazon.com. I always strive to achieve best customer satisfaction and have always described book accurately. I got lot of Out of Print and Rare books in my store and still adding lot of books. I will ship book within 24 hours of confirmed payment


100 % Customer Satisfaction is our Goal. Please contact me if you are not
satisfied with your order in any manner. I always list book by ISBN # only and
buyer is assured of correct edition, correct author and correct format of book.
I
will do my best to address your concerns including 100% refund of your money.


Orders usually ship within 1 business days. If your book order is heavy or oversized, we may contact you to let you know extra shipping is required.