Items related to Faith for Exiles 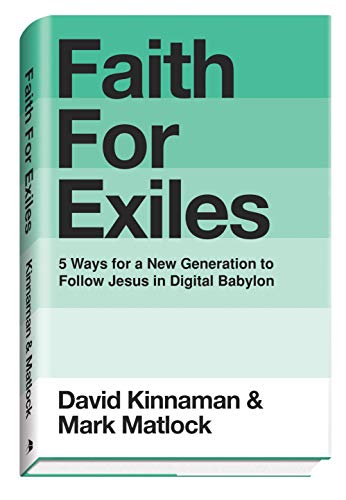 In a series of groundbreaking studies that led to two bestselling books, David Kinnaman and his Barna Group uncovered the truth about why young people are increasingly resisting and rejecting the church. But the news isn t all bleak. Recent analysis of Barna's incredible store of data reveals a hidden hope: the church is already perfectly equipped to meet young people's deepest desires and most pressing needs.

In Faith for Exiles, David Kinnaman teams up with former executive director of Youth Specialties Mark Matlock to reveal five formational practices that have the power to cultivate resilient faith in the next generation. Drawing on groundbreaking insights and never-before-released data, Kinnaman and Matlock show readers that God has not given up on the American church. In fact, the church is needed now more than ever.

Pastors, youth ministers, and concerned culture-watchers will find the hope they ve been looking for as they navigate a rapidly changing, increasingly alien culture alongside young, faithful, thriving Christians exiled in digital Babylon.

David Kinnaman is coauthor of unChristian, You Lost Me, and Good Faith. He is president of Barna Group, a leading research and communications company that works with churches, nonprofits, and businesses ranging from film studios to financial services. Since 1995, David has directed interviews with more than one million individuals and overseen hundreds of U.S. and global research studies. He and his wife live in California with their three children.

Mark Matlock has been working with youth pastors, students, and parents for more than two decades. He is the principal at WisdomWorks a consulting firm dedicated to helping individuals, churches and faith-centered organizations leverage the transforming power of wisdom to accomplish their mission. Mark is the former executive director for Youth Specialties (YS) and creator of the PlanetWisdom student conferences. He has written more than twenty books for teens and for parents. In addition, Mark serves as a teaching pastor at Irving Bible Church. Mark and his family live in Texas.