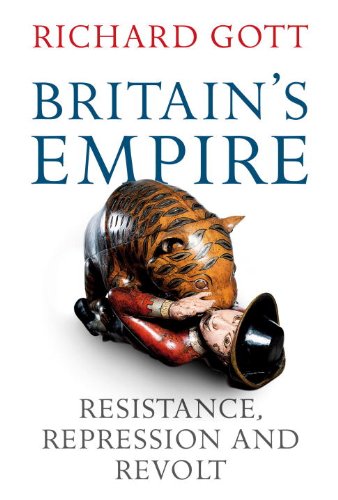 This revelatory new history punctures the widely held belief that the British Empire was an imaginative and civilizing enterprise. Instead, BRITAIN'S EMPIRE reveals a history of systemic repression and almost perpetual violence, showing how British rule was imposed as a military operation and maintained as a military dictatorship. For colonized peoples, the experience was a horrific one, of slavery, famine, battle and extermination. Yet, as Richard Gott shows, the Empire's oppressed peoples did not go quietly into this good night. Wherever Britain tried to plant its flag, it met with opposition. From Ireland to India, from the American colonies to Australia, Gott traces the rebellions and resistance of subject peoples whose all-but-forgotten stories are excluded from traditional accounts of empire. He shows, too, how the British Empire provided a blue print for the annihilation of peoples in twentieth-century Europe, and argues that its leaders must rank alongside the dictators of the twentieth century as authors of crimes against humanity on an infamous scale.

A pungent and provocative book ... a rich compendium of revolt. --Gavin Bowd, Scotland on Sunday

Books on American and British English Literature, background of Literature