Items related to Toward an Anthropological Theory of Value : The False...

Home Graeber, David Toward an Anthropological Theory of Value : The False Coin of ...
Stock Image 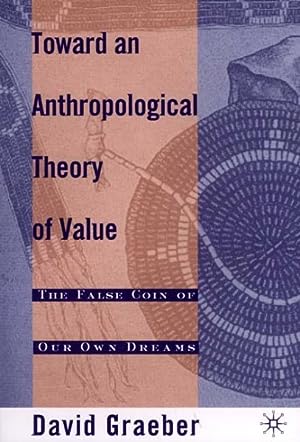 Toward an Anthropological Theory of Value : The False Coin of Our Own Dreams

Title: Toward an Anthropological Theory of Value : ...

This volume is a synthesis of economic, political, and cultural theories of value. David Graeber re-examines a century of anthropological thought about value and exchange, in large measure to find a way out of ongoing quandaries in current social theory, which have become critical at the present moment of ideological collapse in the face of Neoliberalism. Rooted in an engaged, dynamic realism, Graeber argues that projects of cultural comparison are in a sense necessarily revolutionary projects. He attempts to synthesize the best insights of Karl Marx and Marcel Mauss, arguing that these figures represent two extreme, but ultimately complementary, possibilities in the shape such a project might take. Graeber breathes new life into the classic anthropological texts on exchange, value, and economy. He rethinks the cases of Iroquois wampum, Pacific kula exchanges, and the Kwakiutl potlatch within the flow of world historical processes, and recasts value as a model of human meaning- making, which far exceeds rationalist/reductive economist paradigms.

'I have not enjoyed or been so inspired by a work in anthropological theory for quite some time - I am convinced that this book is extremely important to the field of anthropology and to social theory more generally, offering alternatives to the relentlessly bleak theorizing of most post-structuralist and postmodernist critical theory - I think this book might well become a classic.' - Thomas Abercrombie, NYU