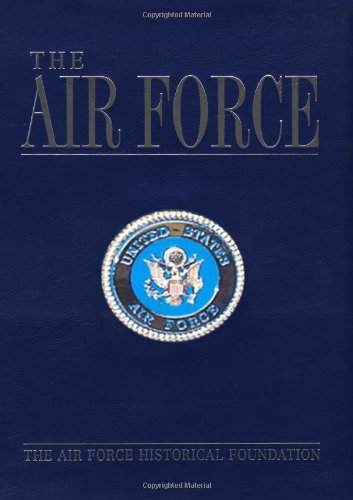 A revealing, richly illustrated portrait of the nation's newest and most spectacular military branch looks back on fifty years of fighter planes, helicopters, missiles, and space age technological gadgets, as well as the many campaigns it has fought around the world.

While the Army Air Force was established in June 1941, and the US Air Force in September 1947, the indomitable spirit and courage to be America's fliers goes back to the first Wright brothers flights in 1903. Since this first flight, men and women -- Billy Mitchell, Jimmy Doolittle, Chuck Yeager -- have answered America's call to defend the nation and its allies by dominating its enemies in the sky. Now, more than 50 years after its founding, the spirit and essence of the United States Air Force is celebrated for the first time in a definitive, magnificently illustrated, large-format book published with the Air Force Historical Foundation. Written by an outstanding team, including historians, authors, and experts associated with the Air Force, Air Force Academy, as well as several distinguished active and retired Air Force generals, The Air Force has over 350 pages of riveting and informative text and stories of the Air Force experience. Essays on Air Force History and today's aviators, focus not only on the planes, helicopters, and rockets, but especially on the people that make it all work.