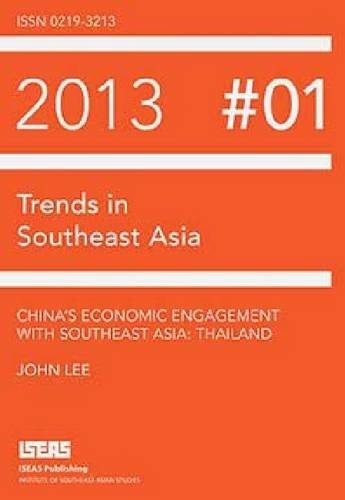 This Trends in Southeast Asia series - now revamped and redesigned - acts as a platform for serious analyses written by selected authors who are experts in their fields. It is aimed at inspiring policymakers and encouraging scholars to contemplate the diversity and dynamism of this exciting region.

This issue is the first in a planned series on the theme of “China’s economic engagement with Southeast Asia”.

There is evidence that China engages in “economic statecraft” in using tools such as trade and investment to influence strategic and political decisions in so-called “swing states” in Southeast Asia. When it comes to Thailand, Beijing’s actual or material capacity to use these economic tools to significantly alter decision-making in Bangkok is limited and frequently overstated. Although the economic relationship with China will grow in importance, the relatively open and diverse nature of the Thai economy offers the country significant trade and investment alternatives that are denied to neighbours such as Cambodia.

John Lee is a Visiting Fellow at the Institute of Southeast Asian Studies (ISEAS). He is also the Michael Hintze Fellow and Associate Professor at the Centre for International Security Studies, University of Sydney; non-resident senior fellow at the Hudson Institute in Washington DC; and Director of the Kokoda Foundation strategic and defence think-tank in Canberra.