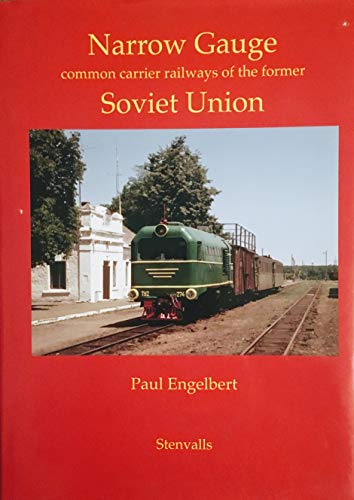 Narrow gauge railways of a variety of character and gauge have had a widespread use in the former Soviet Union. Most of the early examples from the Tsarist era were built as extensions to broad gauge lines and later widened. New legislation towards the end of the 19th century permitted the construction of several feeder lines and networks, particularly in what is now the Baltic republics and Ukraine, where some remain in operation. German field railways built during both world wars were converted to serve as common carriers. The Cape Gauge railways on Sakhalin, taken over from Japan in 1945, today look just like broad gauge railways. In the 1950s, the great Virgin Lands project called for some very extensive lines, of which the last remnant today carries uranium ore in Kazakhstan. The many border changes make for a complex history, which is systematically described in this work on the more than fifty common carrier railways in the former Soviet Union. The text is supplemented by specially prepared clarifying maps as well as a wealth of historical and modern day photographs. [224 pages A4, Hardback]