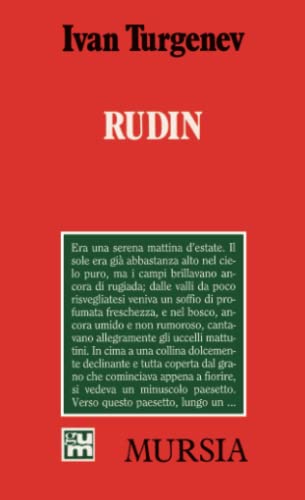 Large format paper back for easy reading. The tale of a weak willed, indecisive man, tormented by ideals, by one of the great victorian novelists

Ivan Sergeyevich Turgenev was born in 1818 in the province of Oryol. After the family had moved to Moscow in 1827 he entered St Petersburg University where he studied philosophy. When he was nineteen he published his first poems and went to the University of Berlin. After two years he returned to Russia and took his degree at the University of Moscow. After 1856 he lived mostly abroad, and he became the first Russian writer to gain a wide reputation in Europe. He wrote many novels, plays, short stories and novellas, of which First Love (1860) is the most famous. He died in Paris in 1883.