Items related to All Hallows' Eve 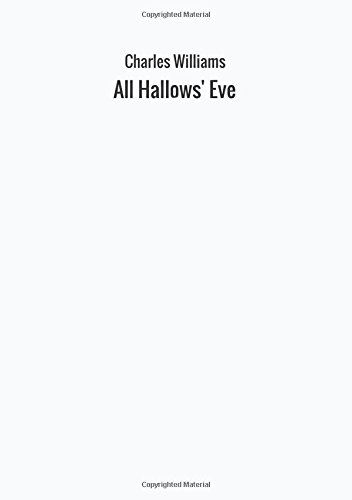 She was standing on Westminster Bridge. It was twilight, but the City was no longer dark. The street lamps along the Embankment were still dimmed, but in the buildings shutters and blinds and curtains had been removed or left undrawn, and the lights were coming out there like the first faint stars above. Those lights were the peace. It was true that formal peace was not yet in being; all that had happened was that fighting had ceased. The enemy, as enemy, no longer existed, and one more crisis of agony was done. Labour, intelligence, patience-much need for these; and much certainty of boredom and suffering and misery, but no longer the sick vigils and daily despair. Lester Furnival stood and looked at the City while the twilight deepened. The devastated areas were hidden; much was to be done but could be. In the distance she could hear an occasional plane. Its sound gave her a greater sense of relief than the silence. It was precisely not dangerous; it promised a truer safety than all the squadrons of fighters and bombers had held.

Author and scholar Charles Williams (1886-1945) joined, in 1908, the staff of the Oxford University Press, the publishing house in which he worked for the rest of his life. Throughout these years, poetry, novels, plays, biographies, history, literary criticism, and theology poured from his pen. At the beginning of the Second World War the publishing house was evacuated to Oxford where, in addition to his own writing and his editorial work for the Press, he taught in the University.