Items related to Music of Bahrain: Traditional Music of the Arabian... 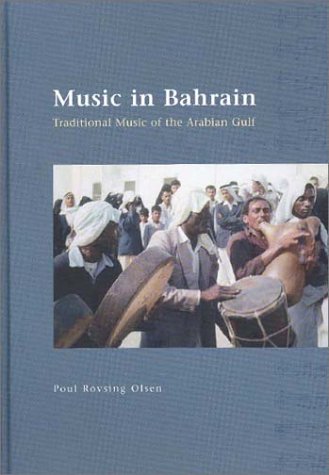 Poul Rovsing Olsen, a Western ethnomusicologist and composer of international renown, first went to Bahrain to record its music in 1958, and continued at intervals to do so over the next 20 years. He finished this manuscript shortly before his death in 1982 but it was not until recently that Moesgaard Museum discovered it and decided to publish it in co-operation with the Bahraini Ministry of Information. In 1958, oil had replaced pearls as the island's primary source of wealth, and traditional music had begun to decline. Rovsing Olsen searched out music where ever he could, at private village weddings and performances for dignitaries, in the houses of retired pearl divers and sessions at Radio Bahrain. A cross-section of these recordings is preserved on the three CDs that accompany this volume. Among other things, there are chapters devoted to religious singing, African influences, the music of pearl divers, women's songs and festive dances. It is the spirit of festive dance that seems, more than any other, to animate the many musical genres of Bahraini music, in which, as Rovsung Olsen once wrote, "the feast was the real essence".