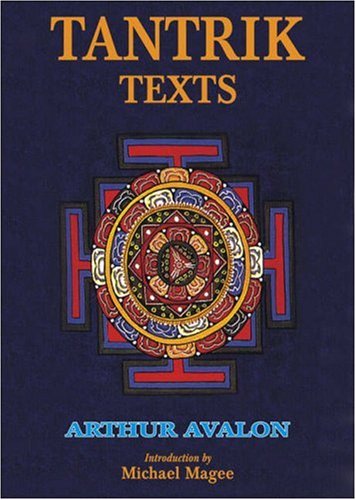 Book Description Cosmo Publications, 2003. Hardcover. Condition: New. First edition. When Sir John Woodroofe started putting pen to paper not far off one hundred years ago in a series of books about the tantrik tradition, he felt obliged to use a pseudonym. Woodroofe, an Englishman, was a high court judge in Bengal and despite his mastery of the Sanskrit language and his closeness to several practitioners of the tradition, would have faced many difficulties from his fellow countrymen in a time when anything linked in whatever way to sexuality never mind religion â was steeped in difficulty. Woodroffeâ s English and indeed some of his anglicized Bengali colleagues would no doubt disapproved of his studies and his contacts. That has led to him being described in modern times as an apologist for the tantrik tradition â but thatâ s rather unfair, given the milieu in which he was living and working. The fact is that his series of Tantrik Texts, under the general editorship of Arthur Avalon, remains the first serious attempt to put the very important tradition into some sort of context separated from the wild and general condemnation it received from Indian and European scholars alike. It heartening to see the entire series being put into print once more â many of the Tantrik Text volumes are nigh impossible to get these days. Woodroffeâ s pioneering work led to serious scholarly interest being taken in the different traditions throughout India â for the following 20 years, state sponsored organizations, such as the Kashmir Series, ensured that tantrik manuscripts that might otherwise have decayed, were produced, ensuring their survival. There are some very important texts in these series, of which Tantrarajatantra, Karpuradistotra, Sharadatilaka, Kulachudamani Nigama, Kaulavali Nirnaya and Kularnava Tantra and outstanding of their type. Printed Pages: 1. Seller Inventory # 4748BV