Items related to The Ranee of Jhansi

D.V. Tahmankar The Ranee of Jhansi

The Ranee of Jhansi 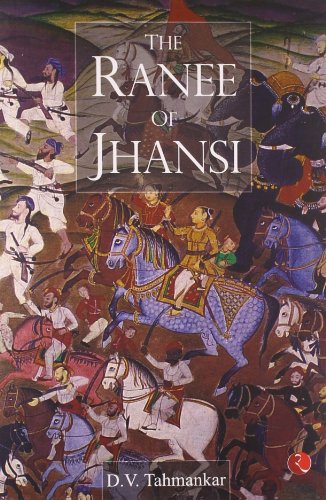 A fictional account of the life of Lakshmibai, the heroic warrior-queen, The Rani of Jhansi vibrantly portrays one of the bravest women in Indian history. Along with the throne, Lakshmibai inherits steep challenges-she becomes a widow to a deceased king and mother to an adopted heir. Her brother-in-law aggressively contends her right to the throne, and the ominous presence of the British spells uncertainty for Jhansi's future. Meanwhile, war clouds gather as several states prepare to fight against foreign domination. A rebellion seems inevitable. Using a number of characters, some known, others invented, Prince Michael paints a compelling portrait of Maratha aristocracy and their courts in the nineteenth century, of the first nationwide struggle against the British and of Lakshmi-woman, ruler and a symbol of steely courage against all odds.

D.V. Tahmankar (d. 1982) was a correspondent of the Marathi newspaper Kesari before becoming the UK correspondent for the Deccan Herald till 1980. He set up the Lokmanya Tilak Memorial Trust and also wrote the biographies Lokamanya Tilak: Father of Indian Unrest and Maker of Modern India (1956) and Sardar Patel (1970).