Items related to Principles of Economics 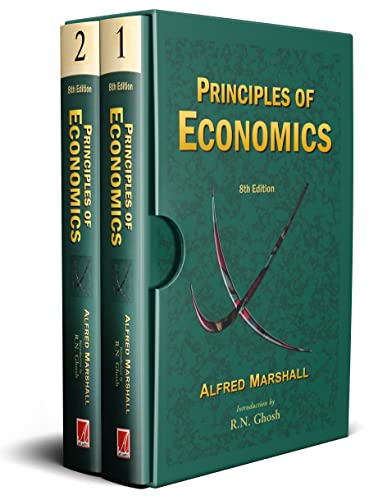 "It is impossible to understand economics in the twentieth century without knowing about Marshall's Principles. The simplicity of his presentation conceals complexities that were not apparent to later generations who picked up on the mathematics whilst ignoring many of the evolutionary ideas that fascinate modern scholars."

Roger E. Backhouse, Professor of the History and Philosophy of Economics, University of Birmingham, UK

"Alfred Marshall's Principles of Economics is an outstanding contribution, one of the foundations of neoclassical economics, and shaped the thought of economists from John Maynard Keynes to Milton Friedman. Every modern economist should make its acquaintaince and should look in admiration at that seminal diagram in which Marshall drew a supply curve intersecting a demand curve. Peter Groenewegen, Marshall's biographer and the greatest living Marshall scholar, has written a new introduction for this edition, drawing on a lifetime of insightful scholarship."