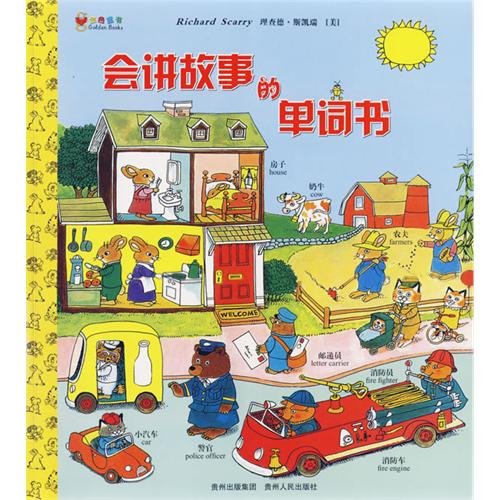 Kenny and Kathy Bear and their Busytown friends introduce new and familiar names for objects grouped by subject, theme, and setting, in the city and on the farm, at the dentist and at the grocer's, in the kitchen and at the circus and all the places they frequent.

‘A favourite of children for generations’ Junior magazine

RICHARD SCARRY is one of the world's best-loved children's authors EVER! In his extraordinary career, Scarry illustrated over 150 books, many of which have never been out of print. His books have sold over 100 million copies around the world, and are currently published in over twenty languages. No other illustrator has shown such a lively interest in the words and concepts of early childhood. Richard Scarry was posthumously awarded a Lifetime Achievement Award from the Society of Illustrators in 2012.