Items related to Samurai Weapons: Tools of the Warrior

Samurai Weapons: Tools of the Warrior 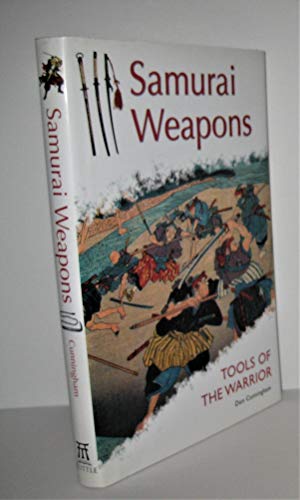 This historical look at samurai, for novices and samurai experts alike, details how and why samurai weapons included not only the sword of popular lore, but also a variety of others, including concealed weapons, improvised fighting tools, fans, truncheons, and polearms. In an easy-to-read, clear style, the author describes the society of Japan, how and why the samurai class arose, and the place that samurai held in that society through the centuries, focusing in particular on the various weaponry they used, how they used it, and why. In addition, "Samurai Weapons" highlights how the samurai weapons and fighting styles have influenced various schools of Japanese martial arts.

Don Cunningham, Ph.D., holds ranks in judo, jujutsu, and kendo, including a second dan license from the Kodokan Judo Institute in Tokyo. He has studied and written on Japanese modern and traditional martial arts for more than thirty years and is a frequent contributor to martial arts publications. A former award-winning journalist, he is currently assistant professor at Radford University in Radford, Virginia.

1. Samurai Weapons: Tools of the Warrior

3. Samurai Weapons: Tools of the Warrior