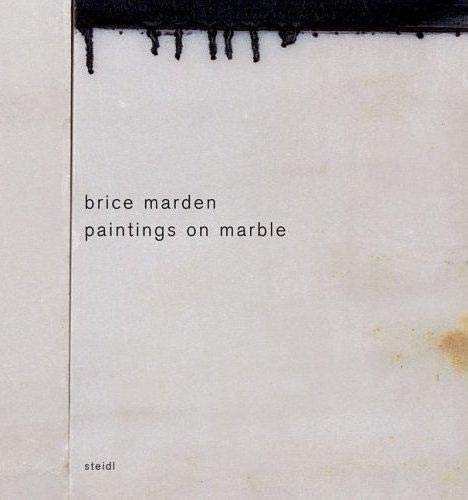 Provides a rare glimpse into the most intimate works of the internationally acclaimed artist. After visiting Greece, Marden was inspired by the islands ancient marble quarries, and created these private paintings in oil on marble fragments, a total of 32 paintings on marble, gathered together here for the first time in a single volume.

This volume provides a rare glimpse into the most intimate works of the internationally acclaimed artist Brice Marden. Twenty years ago, Marden produced a series of small and virtually unknown paintings on the Greek island of Hydra, which the artist first visited in 1971. Inspired by the island's ancient marble quarries, Marden created these private paintings in oil on marble fragments as tokens of his affection and admiration for friends and family. Between 1981 and 1987, the artist made a total of 32 paintings on marble, gathered together here for the first time in a single volume. The period in which Marden executed these works coincided with enormous changes in his more publicly-exhibited paintings. Until 1981, when the artist began working on marble, his paintings were geometric monochromes, often based on the post-and-lintel structure so common in ancient Greek architecture. In 1987, the date of his last painting on marble, Marden presented the first public exhibition of his calligraphic paintings, their organic forms derived from nature and East Asian calligraphic traditions.

An essay by Lisa Liebmann published in this volume helps to contextualize that shift: according to the artist, it was the introduction of the diagonal in the marble fragments that helped serve as a stepping stone from rectilinear to more organic form. Last exhibited over two decades ago, the paintings on marble are the least well-known part of Marden's oeuvre. Now, with a twenty-year perspective on them, perhaps we can better understand the principal role they played as a bridge between Marden's more minimal work of the 1960s and 70s to the calligraphic work of the late 1980s through the present.

Book Description Steidl/Matthew Marks Gallery, 2005. Hardcover. Condition: New. Dust Jacket Condition: New. 1st Edition. This publication is the first to concentrate on Marden's paintings on marble, a unique group of works made between 1981 and 1987 on the Greek island of Hydra. It reveals for the first time the essential place these paintings hold in the development of the artist's work. The 30 works that compose the series, all painted in oil and graphite on marble fragments, represent a key transition from Marden's earlier minimal compositions to his later calligraphic ones. The first such work, painted on a remnant of marble the artist found on the island of Hydra, incorporates the organic patterns of the broken stone rough edges and meandering veins and marks the introduction of diagonal lines into Marden's work. These intimate and lesser-known paintings provide new insight into the evolution of this great artist's work. 88 pages. 30 color plates. Clothbound hardcover with dust jacket. 8 x 9 inches; 20 x 23 cm. Seller Inventory # ABE-1522774163541