Items related to Japan and the West: The Filled Void

Japan and the West: The Filled Void

Japan and the West: The Filled Void 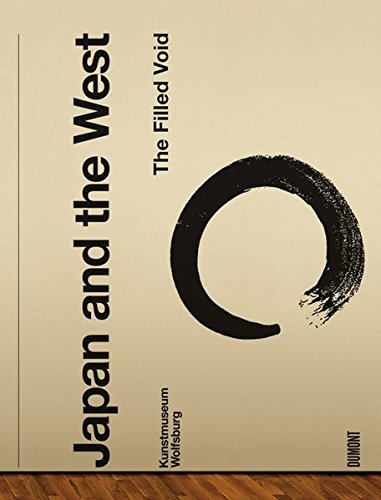 In Japanese culture, emptiness and simplicity have long been the central principles of design, and are allied closely to Zen Buddhism, which places an emphasis on spirituality. This fascinating book explores Western Minimalism and the concept of meaningful emptiness in Zen art, examining their differences and similarities. Examples of traditional Japanese craftsmanship are juxtaposed with works of Western art: Barnett Newmans Gate from the 1950s is contrasted with an eighteenth-century scroll painting, and Alberto Giacomettis sculptures with a statue of the Buddha from the seventeenth century. Japan and the West poses fundamental questions about artistic production and the reception of twentieth-century art, and highlights significant influences on art forms throughout the ages.

Buy Used
Tan boards with black design and... Learn more about this copy

1. Japan and the West: The Filled Void

2. Japan and the West

Book Description Dumont, 1899. Condition: Good. A+ Customer service! Satisfaction Guaranteed! Book is in Used-Good condition. Pages and cover are clean and intact. Used items may not include supplementary materials such as CDs or access codes. May show signs of minor shelf wear and contain limited notes and highlighting. Seller Inventory # 3832190465-2-4