Items related to Van Gogh: From the Early Gloom-laden Paintings to the...

Metzger, Rainer; Walther, Ingo F. Van Gogh: From the Early Gloom-laden Paintings to the Works of His Final Years Under a Southern Sun in Arles

Van Gogh: From the Early Gloom-laden Paintings to the Works of His Final Years Under a Southern Sun in Arles 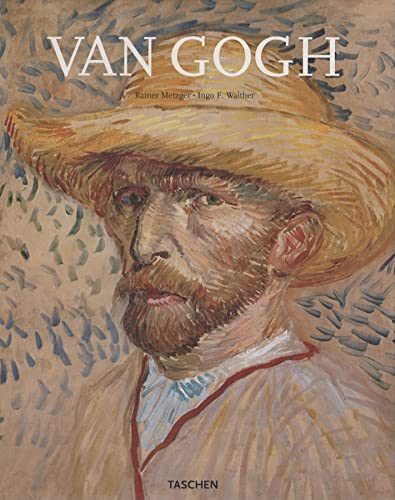 "This man will either go insane or leave us all far behind," prophesied the great Impressionist Camille Pissarro. The man was Vincent van Gogh (1853-1890), a vicar's son born at Groot-Zundert near Breda in Holland, who at that time was struggling to find buyers for his paintings. Van Gogh did indeed go at least to the brink of insanity. And he has long been recognised as one of the greatest modern artists.Van Gogh, who followed a variety of professions before becoming an artist, was a solitary, despairing and self-destructive man his whole life long. His truest friend was his brother Theo, who supported him unstintingly throughout and followed him to the grave just six months later.This richly illustrated study by two experts on van Gogh follows the artist from the early gloom-laden paintings in which he captured the misery of peasants and workers in his home parts, through the bright and colourful paintings he did in Paris, to the work of his final years under a southern sun in Arles, where he at last found the light that produced the unmistakable van Gogh style.At Arles, Saint-Remy and Auvers-sur-Oise, in the feverish burst of creative energy that marked the last two and a half years of his life, he produced the 463 paintings on which his immortality rests. Van Gogh craved recognition during his lifetime but was denied it till after his self-inflicted death. Today he is universally seen as one of the great forerunners of 20th century painting, and one of the tragic masters of art.

Rainer Metzger studied art history, history and German studies in Munich and Augsburg. He received his doctorate in 1994, and has worked as a fine arts journalist for the Viennese newspaper Der Standard. He has written numerous books on art, including volumes on van Gogh and Chagall. Ingo F. Walther (1939-2007) was born in Berlin and studied medieval studies, literature, and art history in Frankfurt am Main and Munich. He has published numerous books on the art of the Middle Ages and of the 19th and 20th centuries. Walther's many titles for TASCHEN include Picasso, Art of the 20th Century, and Codices Illustres.