Items related to Masterworks from the Neue Galerie New York 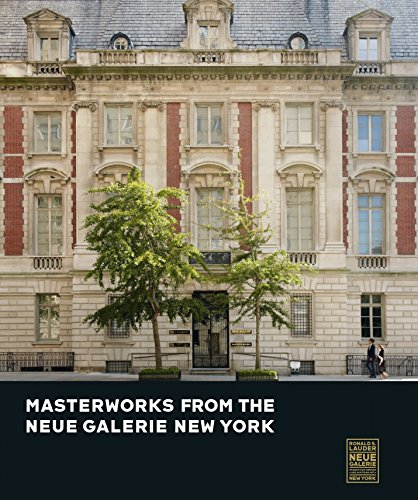 This expansive book commemorates the fifteenth anniversary of the Neue Galerie New York and includes highlights of the museum s collection. The Neue Galerie New York opened in November 2001, when it showcased its collection of Austrian and German art from 1890 to 1940. The museum s Austrian holdings encompass major paintings by Gustav Klimt, Egon Schiele, Oskar Kokoschka, and Richard Gerstl. Decorative arts made by the Wiener Werksta tte (Vienna Workshops, 1903 32) are another strength of the collection. The German holdings emphasize the Expressionist movement, with canvases by members of the Bru cke, including Erich Heckel, Ernst Ludwig Kirchner, Max Pechstein, and Karl Schmidt-Rottluff. Artists affiliated with the Blue Rider, such as Vasily Kandinsky, Paul Klee, August Macke, Franz Marc, and Gabriele Mu nter, figure prominently. The New Objectivity movement is represented with works by Max Beckmann, Otto Dix, George Grosz, and Christian Schad. The Bauhaus is another key area, with designs by Marcel Breuer, Marianne Brandt, Ludwig Mies van der Rohe, and Wilhelm Wagenfeld."