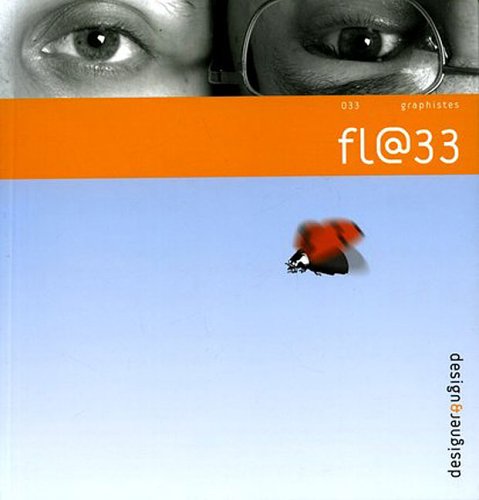 FL@33 is a graphic design duo formed by Agathe Jacquillat and Tomi Vollauschek, graduates of the Royal College of Art in London. They are active in illustration, posters, editorial design, exhibition design, motion graphic design, etc. Among the projects executed by FL@33 are high-profile poster campaigns for the Matelsom mattress brand – for which it also created the visual identity – and furniture e-tailer meubles.com in the Paris metro. The duo also have prestigious customers such as publisher Laurence King Publishing, VH1, London’s Royal Festival Hall and the École Normale de Musique in Paris. London, and the urban space in general, exert a fascination on FL@33, who use the city as a test bed for all kinds of graphic experimentation. This exploration takes a prominent role in their design work. FL@33's output is also characterised by a diversity of forms. Agathe and Tomi's projects include printed media and animated images, and satisfy artistic and more technical concerns. The duo's graphic style is in a state of constant regeneration and renewal, and its originality has already won many awards. Since it started up in 2001 FL@33 has received many accolades, including awards for its site bzzzpeek.com at the Ars Electronica festival in 2003, for its work on trans-form magazine, and for its Animated Acoustic Typefaces.

Agathe Jacquillat and Tomi Vollauschek, both graduates of the Royal College of Art, set up FL@33 in July 2001 in London. FL@33 is true to the Power of 3 theory, based on the balance between intellect, technique and emotion. This balance is also apparent in the duo's creative affinities: Tomi is into video and animation, while Agathe creates websites. They are also active in fields such as illustration, posters, editorial design, exhibition design and photography.