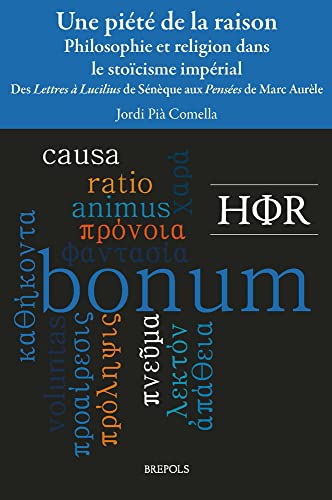 How can the stoics reconcile the research of rational piety based on moral perfection with the legitimization of the ritualism and traditional representation of pagan gods? After studying the constant oscillation between the legitimization and condemnation of traditional rites in ancient stoicism, we demonstrate that the roman stoics, Seneca, Cornutus, Persius, Epictectus and Marcus Aurelius, address the same question, but with two essential specifics: adapting it to the political-religious context of Imperial Rome and paying particular attention to their readers as to the pedagogic strategist to grant their moral conversion.

"Pia Comella's simultaneously wide-ranging and fine-grained study will be a bountiful and thought-provoking resourse for scholars working on any of the authors discussed in this book." --Bart Van Wassenhove, National University of Singapore, Bryn Mawr Classical Review 2017.10.03