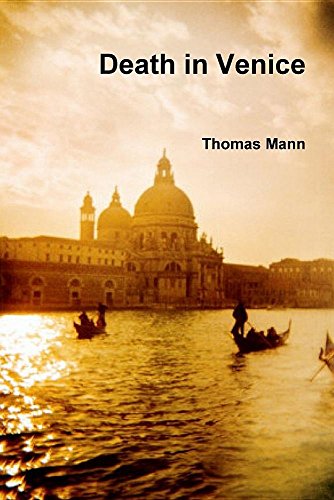 Thomas Mann (1875 - 1955) was a German novelist, short story writer, social critic, philanthropist, essayist, and 1929 Nobel Prize laureate, known for his series of highly symbolic and ironic epic novels and novellas, noted for their insight into the psychology of the artist and the intellectual.

DEATH IN VENICE, this tale of forbidden love which has long intrigued the reading public, was his early masterpiece.

This is an exciting, new translation by Martin C. Doege.

Book Description Condition: Very Good. Used book that is in excellent condition. May show signs of wear or have minor defects. Seller Inventory # 18774015-6

Book Description Paperback. Condition: Very Good. The book has been read, but is in excellent condition. Pages are intact and not marred by notes or highlighting. The spine remains undamaged. Seller Inventory # GOR009232027

Book Description Condition: Good. A+ Customer service! Satisfaction Guaranteed! Book is in Used-Good condition. Pages and cover are clean and intact. Used items may not include supplementary materials such as CDs or access codes. May show signs of minor shelf wear and contain limited notes and highlighting. Seller Inventory # 1987817559-2-4