Items related to The First Casualty: The Untold Story of the Falklands...

The First Casualty: The Untold Story of the Falklands War 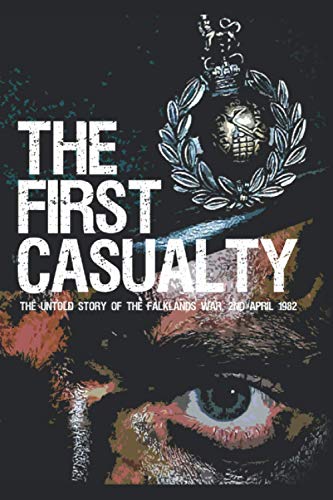 The First Casualty - "The #1 Edition" - April 2nd 1982 - the day that the Falklands War erupted. Just sixty Royal Marines stood in the way of an armada of thousands, 8,000 miles from home and with no support. The story that followed was one of a shameful defeat and ignominious surrender. A story which has lasted for 35 years. Now, with first-hand accounts from the Royal Marines themselves, from the Argentine Marines who fought against them and from the people of Stanley who watched the battle rage on their very doorsteps, a new history has emerged. It is the story of an epic and heroic defence on a scale with Rorke's Drift; a story which neither the British nor the Argentine governments wanted told. It is a battle denied; the battle of Stanley, a battle which - we are told - never happened. The second edition has updated stories, more information and is an even more dramatic read!

1. The First Casualty: The Untold Story of the Falklands War (Paperback)