Items related to Comments on the Society of the Spectacle

Debord, Guy Comments on the Society of the Spectacle

Comments on the Society of the Spectacle 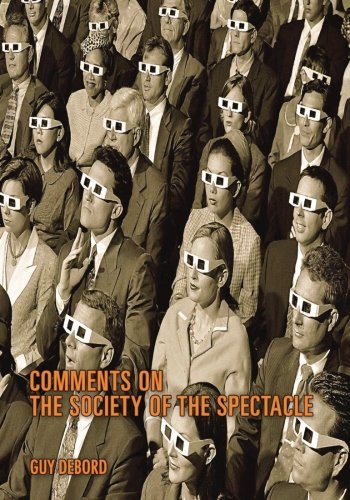 First published in 1967, Guy Debord’s stinging revolutionary critique of contemporary society, "The Society of the Spectacle," has since acquired cult status. Credited by many as being the inspiration for the revolutionary events of May 1968 in France, Debord’s pitiless attack on commodity fetishism and capitalism continues to burn brightly in today’s age of satellite television and the soundbite.

In "Comments on the Society of the Spectacle," published twenty years later, Debord returned to the themes of his previous analysis and demonstrated how they were all the more relevant in a period where the “integrated spectacle” was dominant.

Resolutely refusing to be reconciled to the system, Debord trenchantly slices through the obfuscation and tinfoil mystification offered up by journalists and pundits to show how aspects of reality as diverse as terrorism and the environment, the Mafia and the media, were caught up in the logic of the spectacular society.

Pointing the finger clearly at those who benefit from the logic of domination, Debord’s final triumphant work conveys the revolutionary impulse at the heart of Situationism and later movements such as Occupy, Antifa, and Black Lives Matter.

"Their general headquarters is secret but I think that it is somewhere in London. They are not students, but are what is known as situationists; they travel everywhere and exploit the discontents of students."--"News of the World"

Guy Debord was born in Paris in 1931 and committed suicide in 1994. A Marxist theorist, French writer, poet, filmmaker, hypergraphist and founding member of the groups Letterist International and Situationist International, Debord is best known as the leading theoretician of the situationist movement. His works translated into English include "The Society of the Spectacle," "Comments on the Society of the Spectacle," and "Panegyric."