The Case of the Gilded Fly (Gervase Fen Mysteries) 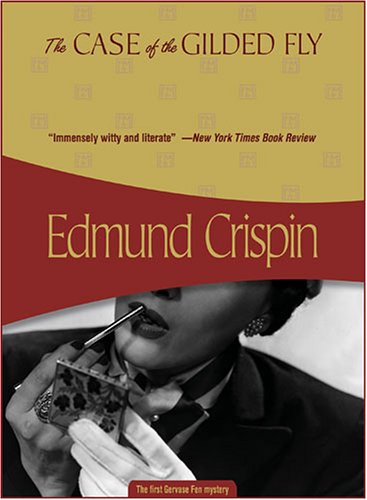 Theater companies are notorious hotbeds of intrigue, and few are more intriguing than the company currently in residence at Oxford University. Center-stage is the beautiful, malicious Yseut?a mediocre actress with a stellar talent for destroying men. Rounding out the cast are more than a few of her past and present conquests, and the women who love them. And watching from the wings is Professor Gervase Fen?scholar, wit, and fop extraordinaire?who would infinitely rather solve crimes than expound on English literature. When Yseut is murdered, Fen finally gets his wish. Though clear kin to Lord Peter Wimsey, Fen is a spectacular original?brilliant, eccentric and rude, much taken with himself and his splendid yellow raincoat and given to quoting Lewis Carroll at inappropriate occasions. Gilded Fly, originally published in 1944, was both Fen's first outing and the debut of the pseudonymous Crispin (in reality, composer Bruce Montgomery), whom the New York Times once called the heir to

TRY A VINTAGE MURDER MYSTERY
As inventive as Agatha Christie, as hilarious as P.G. Wodehouse – discover the delightful detective stories of Edmund Crispin. Crime fiction at its quirkiest and best.

The Case of the Gilded Fly (The First Gervase Fen Mystery)

The Case of the Gilded Fly

THE CASE OF THE GILDED FLY (THE