Items related to Michael Jackson: The Making of "Thriller":... 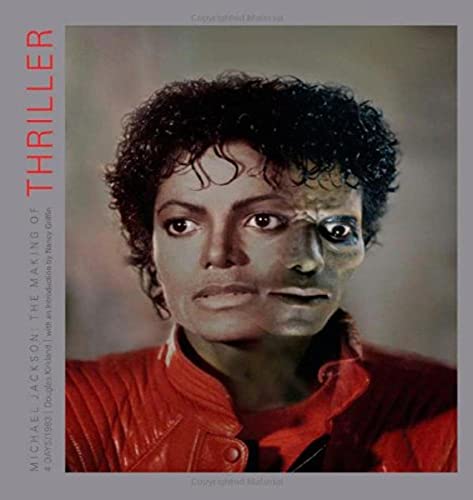 MICHAEL JACKSON: THE MAKING OF THRILLER is an illustrated tribute to the King of Pop and his groundbreaking music video, with never-before-seen photos of its creation. The book will feature 200 exclusive, behind-the-scenes photographs of the artist on set during the 1983 production of the Grammy award winning video directed by John Landis. Considered to be the most successful project of all time, Thriller is beloved the world over, inspiring imitation and a cult-like following of millions of fans. Documenting the creation of the most popular and iconic music video of all time, this book will celebrate the artist and his music at the top of his career. Celebrated photographer Douglas Kirkland and journalist Nancy Griffin were the only members of the media allowed on the set of the video. The resulting photos capture Jackson both in high performance mode and relaxing on the set and depict his transformation into the characters in the video as well capturing the public and private faces of Michael Jackson.  Compelling, intimate photos of the artist will be accompanied by interviews and quotes from musicians and celebrities.  With a holographic cover that transforms the artist into his zombie character, the book will be an impressive gift to be treasured by fans and music lovers everywhere.

Douglas Kirkland spent much of his career in New York City before moving to LA in the 1970s. He catapulted to fame when he first photographed Marilyn Monroe. He has also photographed behind the scenes sets of more than one hundred motion pictures, several of them legendary. Named "Photographer of the Year" by the PhotoImaging, Manufacturers, and Distributing Association, he lives in LA with his wife. Kirkland was the only photographer on the set of "Thriller."

4. MICHAEL JACKSON: THE MAKING OF "