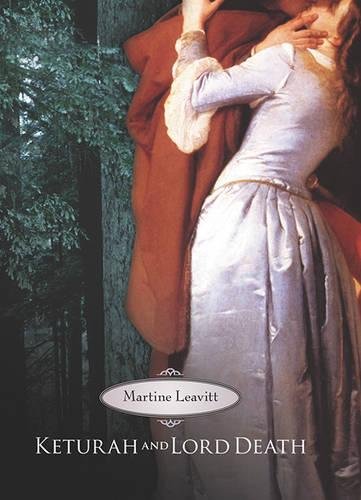 Martine Leavitt offers a spellbinding story, interweaving elements of classic fantasy and high romance in this National Book Award Finalist. Keturah follows a legendary hart into the king's forest, where she becomes hopelessly lost. Her strength diminishes until, finally, she realizes that death is near. Little does she know that he is a young, handsome lord, melancholy and stern. Renowned for her storytelling, Keturah is able to charm Lord Death with a story and thereby gain a reprieve—but only for twenty-four hours. She must find her one true love within that time, or all is lost. Keturah searches desperately while the village prepares for an unexpected visit from the king and Keturah is thrust into a prominent role as mysterious happenings alarm her friends and neighbors. Lord Death's presence hovers over this all until Keturah confronts him one last time in the harrowing climax.

* "A darkly gorgeous medieval fairy tale. . . . Leavitt renders in Lord Death a character rivaling the finest gothic depictions. . . . A fine achievement." --"Publishers Weekly", starred review * "A dark, but uplifting story combining elements of fantasy as well as romance." --"School Library Journal", starred review * "The romance is intense, the writing is startling, and the story is spellbinding. Readers will be carried away on the wind of Leavitt's words, and few will be able to guess how she finally ends her story." --"Booklist", starred review "Lord Death, mysterious and gorgeous, and Keturah, brilliant and beautiful, will be irresistible to romance fans as well as those who like a bit of passion woven into their fantasy." --"Bulletin of the Center for Children's Books"

Martine Leavitt has written young-adult novels have won many awards and honors in the United States and Canada. Most notable are two Canadian honors: Mr. Christie's Book Award for Tom Finder and Governor General's Literary Award for which Heck Superhero was a finalist. She earned an MFA in writing for children from Vermont College. Though Martine was born in Canada and lives in High River, Alberta, Canada, she is a U.S. citizen.