Items related to Clara Mondschein's Melancholia: A Novel / by Anne... 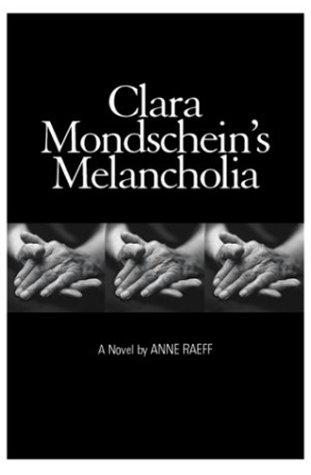 When I was younger, I wished I had been born in a concentration camp like my mother instead of in boring Englewood Hospital. I used to imagine all the prisoners crying mutely with joy while my grandmother lay swallowing her screams so the guards wouldn't hear.
So writes Deborah Gelb, the teenage daughter of the title character, in her opening chapter.
Deborah's voice is complemented by that of Ruth Mondschein, Clara's mother, who recounts her life story to Tommy, a patient at the AIDS hospice where she volunteers. Through the alternating narratives of Deborah and Mrs. Mondschein, Clara Mondschein's Melancholia depicts the lives of three generations of women as both daughter and mother attempt to make sense of Clara's "melancholia" and the historical events that profoundly affected them all.
While the novel is set in mid-1990s New York and suburban New Jersey, Deborah's and Mrs. Mondschein's stories move through much of the twentieth century, from Vienna and Czechoslovakia, to Spain and Morocco. At the heart of this ambitious novel is the question of why some people are strengthened by adversity - even something as horrific as genocide - while others are defeated by it. Clara Mondschein's Melancholia examines with bravado and sensitivity how the lingering effects of one of history's darkest hours - including guilt, anger, loyalty and hope - live on in a single family.