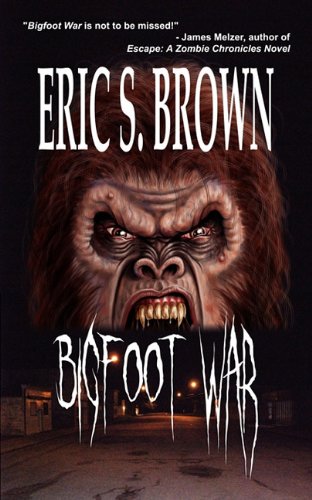 Jeff Taylor was an ordinary boy growing up in the small town of Babble Creek, North Carolina, until one night his life was changed forever when a sasquatch brutally murdered his family. Taylor fled the town, hoping to leave the painful memory behind. Years later, after two tours of duty in the Iraq War, he's back in Babble Creek seeking vengeance. Taylor's lust for the blood of the monster that slew his family sets in motion a series of events that soon has the entire town fighting for its life as a tribe of sasquatches descend from the forests and hills into Babble Creek to declare war upon its citizens. Babble Creek is about to find out Bigfoot is very real and there's more than one of the creatures that want to fill the streets with blood.

Book Description Coscom Entertainment, 2010. Condition: Good. A+ Customer service! Satisfaction Guaranteed! Book is in Used-Good condition. Pages and cover are clean and intact. Used items may not include supplementary materials such as CDs or access codes. May show signs of minor shelf wear and contain limited notes and highlighting. Seller Inventory # 1926712498-2-4