Items related to Look to the Lady

Allingham, Margery Look to the Lady

Look to the Lady 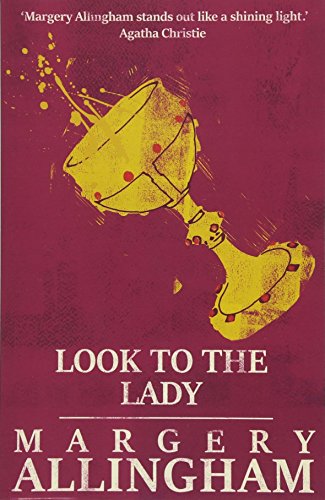 Finding himself the victim of a botched kidnapping attempt, Val Gyrth suspects that he might be in a spot of trouble. Unexpected news to him - but not to the mysterious Mr Campion, who reveals that the ancient Chalice entrusted to Val's family is being targeted by a ruthless ring of thieves. Fleeing London for the supposed safety of Suffolk, Val and Campion come face to face with events of a perilous and puzzling nature - Campion might be accustomed to outwitting criminal minds, but can he foil supernatural forces?

A sacred chalice leads to murder

Margery Allingham was born in London in 1904. Her first novel was published when she was seventeen. In 1929 she published The Crime at Black Dudley and introduced the character who was to become the hallmark of her writing - Albert Campion.

1. Look to the Lady (The Albert Campion Mysteries)

2. Look to the Lady (The Albert Campion Mysteries)

3. Look to the Lady (The Albert Campion Mysteries)