Items related to Suleiman the Magnificent: Scourge of Heaven 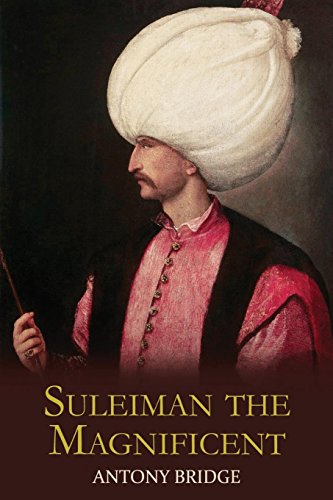 The dramatic story of Islam's counter-crusade against western Christendom, written with vivid narrative power by the author of The Crusades. Suleiman the Magnificent, Sultan of the Ottoman Turks, was one of the most powerful figures in the 16th-century world. This vastly enjoyable account of his impact on Christian Europe from 1520 to the 1560s shows him battering on the gates of Vienna, engaged in running battles with the Hungarians and the Knights of St John and in constant conflict with the navies of the Mediterranean powers. The threat of Islam in the 16th century was not so different in people's imaginations from the West's fear of the East today. To the Habsburg Emperor Charles V, and to King Francis I of France, Suleiman -from his base in Constantinople - was a super-power to be reckoned with. The epic sieges of Rhodes, Vienna and Malta are the big action set-pieces of the book; the Janissaries of the Sultan hold centre stage. When Suleiman died in 1566 the power of the Turks began to wane; with him the forces of militant Islam had reached their high watermark.

Antony Bridge served as the Dean of Guildford from 1968 onwards. He was the author of a biography of the Byzantine Empress Theodora and a history of The Crusades, as well as being a frequent contributor to radio and television.

Book Description Paperback. Condition: Very Good. The book has been read, but is in excellent condition. Pages are intact and not marred by notes or highlighting. The spine remains undamaged. Seller Inventory # GOR012282310