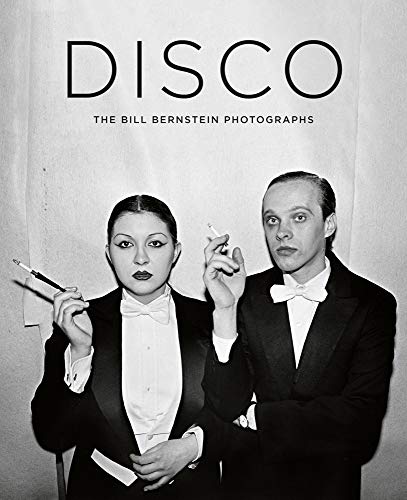 "Had I been suddenly transported back to a pre-war Berlin cabaret? Who were these people of the night ...?" Features 150 photos.

As James Hillard writes in his foreword, "These shots capture the very essence of what going out was, is, and should be, all about. They showed the true democracy of the dance floor where anyone could be a star, as long as they had the right attitude and flair ... The pictures in this book are a document of an incredibly exciting and creative time, not only in music, but also in social, political and fashion history too."

All the photographs featured were shot by Bernstein from 1978-80. Manhattan was the epicentre of the movement. And Bill Bernstein captured it all.

"Bernstein's photographs in DISCO show just how diverse the range of participants in the scene was, with every nationality and economic background participating on the dance floor. Acting as photographic time capsule, DISCO beautifully captures the short life span of this famed Manhattan nightlife." --Juxtapoz

"While New York City's late-70s nightlife scene has been well immortalized, there are still photos from the era and its glitzy haunts - Studio 54, Xenon, the Mudd Club, and Hurrah, among them - that capture your imagination. Such is the case with Bill Bernstein's images, many of which have never been published, that appear in a new book and new exhibit appropriately - and simply - titled, DISCO." --Paper Mag

"Containing many previously unpublished photographs, this stunning coffee table edition celebrates the heart of the disco movement." --The Love Magazine

"There have been countless book of photographers' work capturing the celebrities of the time, but Bill does something different - he focuses on people just coming together and having a f**king good time." --Loverboy Magazine

Capturing the images in this collection of work was like a dream. Night after night I entered a new and different world of sounds and sights. From Studio 54 where the enviornment and lighting changed every hour or so and the dance floor was packed with the beautiful and the strange.... to places like the Mudd Club and Hurrahs with the downtown artist vibe... to the roller discos and transgender discos....It was a magical time in New York City and I was lucky to capture this scene before it came to an abrupt end in 1980.

Book Description Hardcover. Condition: Acceptable. Includes dust jacket. HARDCOVER A - This is a significantly damaged book. It should be considered a reading copy only. Please order this book only if you are interested in the content and not the condition. May be ex-library. Oversized. Seller Inventory # mon0000117613