Items related to Love Affairs & Marriage: My Life in Football 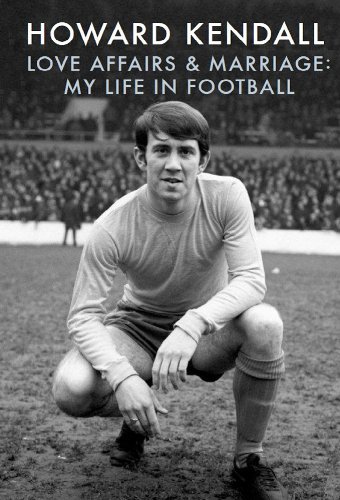 Howard Kendall is one of the greats of English football management and among the defining figures in the history of Everton Football Club. A schoolboy prodigy footballer, he first joined the club from Preston in 1967, forming one of the most distinguished midfield partnerships ever witnessed in the English game. He won the League Championship in 1970 and later captained the club. He returned to Goodison as manager in 1981, reviving Everton for the most successful period in their history. Now he lifts the lid on a 30-year career that established his reputation.

Born in Ryton-on-Tyne in 1946, Howard Kendall started his illustrious football career with Preston North End as a 15-year-old wing half and in 1964 became the youngest player to appear in an FA Cup Final. He signed for Everton in 1967 and became one of the club's greatest players, winning the League Championship and serving as captain. He later played for Birmingham City and Stoke City, before turning to management with Blackburn Rovers. In 1981 he embarked on the first of three managerial spells at Everton, twice winning the League Championship, the FA Cup and the European Cup Winners Cup. Kendall was also twice crowned Manager of the Year. He left to join Athletic Bilbao in 1987, interspersing spells back at Goodison with interludes at Manchester City, Notts County and Sheffield United. Named Everton's Manager of the Millennium, he remains a popular face at Goodison Park and writes a weekly column for the Liverpool Echo.

1. Love Affairs and Marriage : My Life in Football

2. Love Affairs and Marriage : My Life in Football

Book Description Condition: Good. Ships from the UK. Former Library book. Shows some signs of wear, and may have some markings on the inside. Seller Inventory # 9197945-6

Book Description De Coubertin Books, 2013. Hardcover. Condition: Good. UK ed. Ex library copy with usual stamps/stickers Good condition is defined as: a copy that has been read but remains in clean condition. All of the pages are intact and the cover is intact and the spine may show signs of wear. The book may have minor markings which are not specifically mentioned. Most items will be dispatched the same or the next working day. Seller Inventory # wbb0015679492

Book Description Decoubertin Books, 2013. Paperback. Condition: Very Good. UK ed. The book has been read, but is in excellent condition. Pages are intact and not marred by notes or highlighting. The spine remains undamaged. Seller Inventory # GOR005808530

Book Description Decoubertin Books, 2013. Paperback. Condition: Good. UK ed. The book has been read but remains in clean condition. All pages are intact and the cover is intact. Some minor wear to the spine. Seller Inventory # GOR007312170