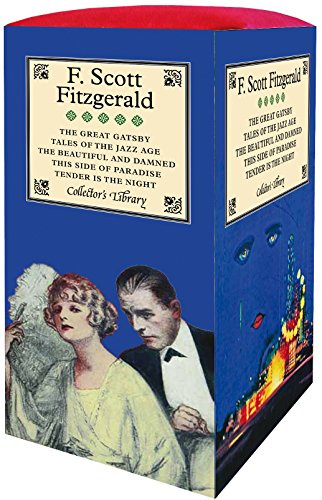 F. Scott Fitzgerald was born in 1896 in St Paul, Minnesota, and went to Princeton University which he left in 1917 to join the army. Fitzgerald was said to have epitomised the Jazz Age, an age inhabited by a generation he defined as 'grown up to find all Gods dead, all wars fought, all faiths in man shaken'. In 1920 he married Zelda Sayre. Their destructive relationship and her subsequent mental breakdowns became a major influence on his writing. This boxed set contains the four novels that he completed and his most famous selection of short stories.

1. the great gatsby, tales of the jazz age, the beautiful and damned, this side of paradise & tender is the night

Book Description PaperBack. Condition: New. Book Cover and ISBN may be different from US edition but contents as same US Edition. Excellent Quality, Service and customer satisfaction guaranteed! We may ship the books from Asian regions for inventory purpose. Our courier service is not available at PO BOX. Seller Inventory # k27480