R. H. Stewart The Devil's Creature in the City of the Dead

The Devil's Creature in the City of the Dead 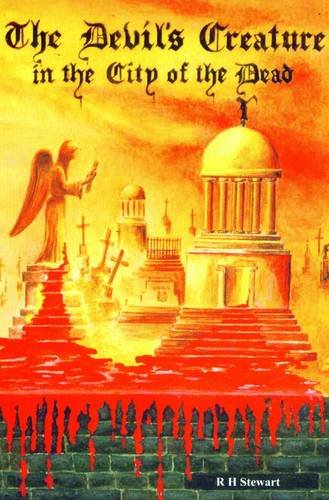 Synopsis:
Mhairi MacBeth is a fourteen year old witch whose father's family have lived on the Grey Rock for almost a thousand years and have always been the enemies of Lord Antoninus. For the past four hundred years they have lived within the Grey Rock itself to escape persecution. Now their home is beneath the MacBeth Mausoleum. Her Companion is Jet, a sable Siamese cat without whom she could perform no magic. They have been together since birth and will die together. Her best friend is Dougie Morrison, a sixteen year old lad who lives on Firpark terrace and is fascinated by the Necropolis. There are Ghosts on the Necropolis as well as Ghuls. They are beings who for their own reasons had decided not to immediately accept their invitations to Heaven. They are dressed in the same finery they were buried in, though now it has lost its colour and become a universal grey. They have clubs and societies, such as the Necropolis Drama Group, to occupy their time.

I really enjoyed the book. I really felt like I was there, I was hooked from the first page. I couldn't put it down. I enjoy Vampires and this one was really good. Lillith was a brilliant character, very sinister. I think this is a perfect book for my age group, if this becomes a series of books I would read them obsessively.
-- Jack Yeomans. Aged 12

Do you enjoy nightmares ? Then you will enjoy this teenage horror fantasy

Buy Used
Condition: As New
Dispatched from UK bookshop within... Learn more about this copy

1. The Devils Creature in the City of the Dead

2. The Devil's Creature in the City of the Dead