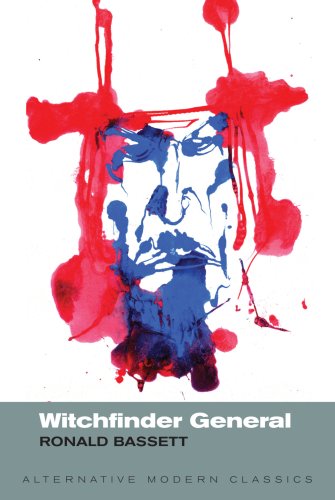 While bitter battles rage between King and Parliament, local magistrates have more power, and less accountability, than ever before.

Taking advantage of the tense atmosphere and lax prosecution procedures, Matthew Hopkins, an insignificant lawyer and self-appointed Witchfinder General, travels across East Anglia accusing the aged, the confused and the poor of satanic crimes against their neighbours.

With every innocent death, his purse grows heavier, as he satisfies his lust for power.

But his dealings with one particular young woman make him a powerful enemy in the form of Ralph Margery – a captain in Cromwell’s army who is determined to put a stop to Hopkins’ reign of terror.

In this tense and chilling novel Ronald Basset brings to life the nightmarish figure of Matthew Hopkins, a man responsible for the deaths of more than 300 women and who, almost single-handedly, caused more people to be hanged for witchcraft in two years than in the whole of the previous century.

‘Witchfinder General’ is a gripping historical thriller set during the massively tumultuous period of the English Civil War.

Ronald Bassett (April 1924 – March 1996) was a prolific British writer of historical fiction, sometimes writing under the pseudonym, William Clive. His other titles include Amorous Trooper, Blood of an Englishman and Kill the Stuart. In 1968 Witchfinder General was adapted into a horror film starring Vincent Price.

Endeavour Press is the UK's leading independent digital publisher. For more information on our titles please sign up to our newsletter at www.endeavourpress.com. Each week you will receive updates on free and discounted ebooks. Follow us on Twitter: @EndeavourPress and on Facebook via http://on.fb.me/1HweQV7. We are always interested in hearing from our readers. Endeavour Press believes that the future is now.