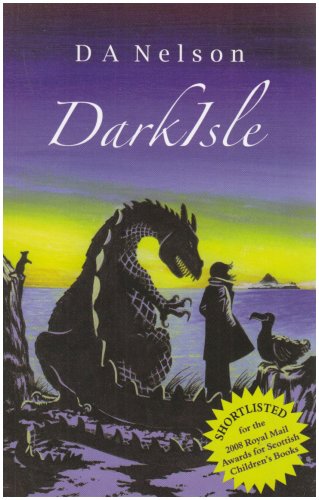 WINNER of the 2008 Royal Mail Awards for Children's Books! A dragon with a grudge, a resourceful dodo, a talking rat and a young girl who learns to be brave. All on a quest that takes them into another world. For Morag, there's nothing magical about the cellar of her cruel foster parents' home. But that's where she meets Aldiss, a talking rat, and his resourceful companion, Bertie the dodo. She jumps at the chance to run away and join them on their race against time to save their homeland from the evil warlock Devlish, who is intent on diestroying it. But first, Bertie and Aldiss will need to stop bickering long enough to free the only guide who knows where to find Devlish: Shona, a dragon who's been turned to stone. Together, these four friends begin their journey to a mysterious dark island beyond the horizon, where danger and glory await - along with clues to the disappearance of Morag's parents, whose distiny seems somehow linked to her own... Terrifying, touching and funny, DarkIsle is a vivid and fast-paced novel of captivating originality. DarkIsle is the first in a series of books, each of which stands on its own. The second book will be launched in summer 2009.

D A Nelson was born in Glasgow, Scotland, and grew up in nearby Neilston. On leaving school she became a trainee reporter, working for various newspapers before moving into PR for the NHS. She started writing at an early age, and still has a pile of books she wrote as a child. She loves books and her favourite pasttime is sitting in a bookstore, cup of tea and muffin to hand, reading a fantastic new novel. DarkIsle was inspired by a huge stone dragon that overlooks Irvine Beach on Scotland's west coast. The sculpture (which can be clambered over) was created by Roy Fitzsimmons.