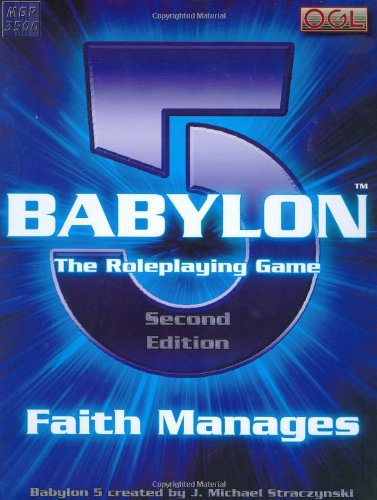 The Babylon project was our last best hope for peace. A self-contained world five miles along, located in neutral territory, it is a place of commerce and diplomacy for a quarter of a million humans and aliens. A shining beacon in space, all alone in the night. It was the dawn of the Third Age of Mankind, the year the Great War came upon us all. This is the story of the last of the Babylon stations. The year is 2259. The name of the place is Babylon 5. Prepare to immerse yourself in one of the most detailed science fiction settings ever created. Coming straight from the hit television series and films, the Babylon 5 space station has been the centre of wars, trials and revolutions that have shaped the entire galaxy. Now, you can create your own epic sagas based on the legendary space station. This new 2nd edition of the "Babylon 5 Role-playing Game" is an expanded and comprehensive system for role-playing in the "Babylon 5" universe. While utterly revamping and restyling key areas such as telepathy and space combat, this rulebook is still compatible with 1st edition supplements.