Items related to A Taste of Hildegard

A Taste of Hildegard 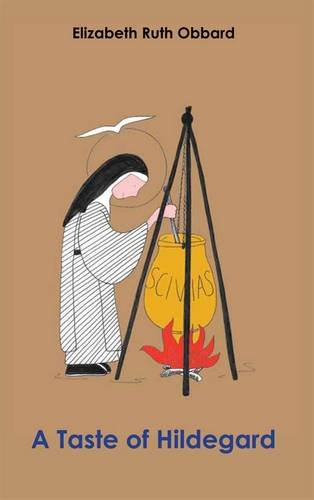 ABOUT THE BOOK Hildegard of Bingen (1098 - 1179) was born just as the era of the crusades was beginning. This newly declared Doctor of the Church, is a woman of such formidable accomplishments that one wonders if there was anything she did not master! She composed music and poetry, produced plays for her community, wrote works on natural science, medicine, theology and hagiography. She also governed her sisters in their day to day lives, travelled around on preaching tours upbraiding clergy and laity alike, and kept up an extensive correspondence with the most prominent ecclesiastical and political figures of her time. She did all this with a confidence and clarity that belied her supposed inferiority as a woman. In fact, she never capitalised on her femininity. There is about her an almost masculine assuredness - was she not the mouthpiece of God! Hildegard experienced both visions and ill health (especially severe migraines) from early childhood, which leads to the strong possibility that her visions and experiences had a physical basis in her own particular temperament and personality. However, this did not stop her living a very active life from middle age on, and living to what, in her time, would be considered extreme old age.

1. A Taste of Hildegard

Book Description New City, 2012. Paperback. Condition: Used; Good. **Simply Brit** Shipped with Premium postal service within 24 hours from the UK with impressive delivery time. We have dispatched from our book depository; items of good condition to over ten million satisfied customers worldwide. We are committed to providing you with reliable and efficient service at all times. Seller Inventory # 2664971

2. A Taste of Hildegard

Book Description New City, 2012. Paperback. Condition: Used; Good. **SHIPPED FROM UK** We believe you will be completely satisfied with our quick and reliable service. All orders are dispatched as swiftly as possible! Buy with confidence!. Seller Inventory # 3442038