Items related to The Shameless Guide to Life

The Shameless Guide to Life 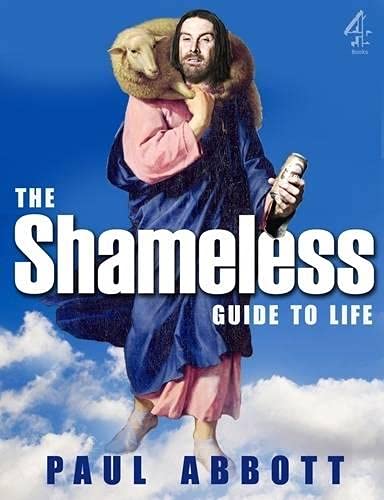 Paul Abbott's "Shameless" has consistently been the best thing on television since it started on Channel 4 in 2004. Fearless, controversial and downright hilarious, it goes where other popular dramas fear to tread. Then, it necks a couple of pills, washes them down with several pints of lager and carries on until it falls over. Now, the Gallaghers and friends (and enemies) have put pen to paper to bring you the ultimate lifestyle guide. Frank passes on his unique thoughts about the trials of parenting. Sheila gets down and dirty with How Clean is Your Council House? Debbie shares some of her favourite recipes and nutritional tips in a "Shameless" version of "You Are What You Eat". Ian gives us his gay guide to the Chatsworth Estate. And, of course, the Gallaghers together share their knowledge of how to throw a great party...Award-winning writer Paul Abbott has created the perfect companion to one of Britain's best loved dramas. If you can't get enough of the Chatworth Estate's favourite family, this is the book for you.

Paul Abbott studied at Manchester University before becoming the youngest ever script editor on Coronation Street at 24. He created his first television drama series, Touching Evil, in 1997 and has since written much of the most popular and critically praised television drama in the UK since, including Clocking Off, Linda Green and State of Play. He was given the Dennis Potter Award at the 2004 British Academy Television Awards. He lives in Cheshire with his wife and two children.