Items related to Utmost Fidelity: The Painting Lives of Marianne and...

Utmost Fidelity: The Painting Lives of Marianne and Adrian Stokes 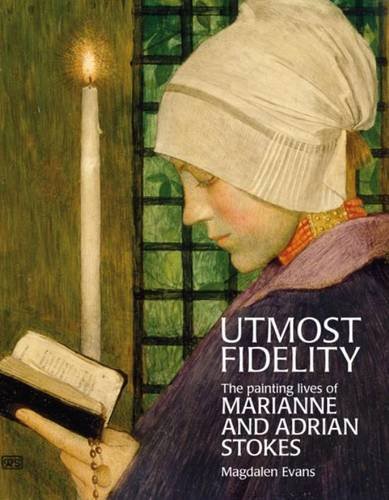 This is the first book-length study of a major husband-and-wife painting team prominent in the Cornish art scene from the late 1800s to the early twentieth century. When the Austrian-born painting student Marianne Preindlsberger (1855-1927) first encountered Adrian Stokes (1854-1935) in the summer of 1883 in Brittany, their shared aim was to study plein air realism at first hand. Both had arrived in the celebrated artists' colony of Pont-Aven from rigorous training in various ateliers of Paris. Their marriage marked the start of a renowned artistic and personal collaboration, which was to last for more than 40 years. Three significant exhibitions in their lifetimes showed her portraits and his landscapes side by side: two in London and one in Budapest in 1910. 1909 saw the publication of their most enduring joint venture, "Hungary", containing 75 illustrations of both their paintings. 2009, the book's centenary year, will see the publication of a catalogue that for the first time will provide an extensive biography and illustrate their work in detail. The project's title is from a tribute made by Adrian to their close friend and travelling companion John S. Sargent, with whom they were interned in Austria during the autumn of 1914. Marianne is notable as a woman artist whose work did not suffer from marriage and who did not play a secondary role to her husband's painting career. Adrian's work had a groundbreaking influence on the early years of the St Ives colony in Cornwall and enthusiasts for his work included the great actor-manager Henry Irving and D.H.Lawrence. Both artists' work is widely represented in public collections throughout the world.

1. With Utmost Fidelity: The painting lives of Marianne and Adrian Stokes