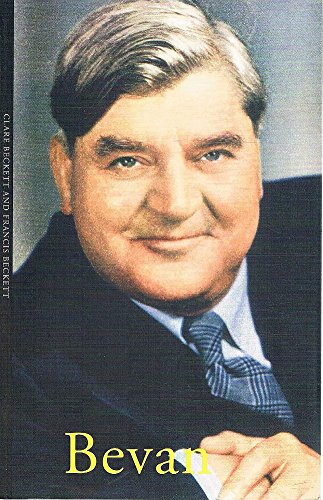 167 pages. Book is in Very good condition throughout. The only exception is a small inscription to the inside page. He Was One Of The Few Who Dared Criticize Churchill's Leadership During The Second World War And To Demand Government Commitment To A Fairer Society. In 1945 When Labour Came To Power, He Contributed More Than Anyone.

Aneurin Nye Bevan (1897-1960) was the man who created the National Health Service, the crowning achievement of post-secon-world-war Labour government. The son of a miner from Monmouthshire, Wales, he became a local trade union leader at only 19, and won a scholarship to the Central Labour College in London. In 1929, he was elected a Labour MP. Bevan believed that the war was Britain's opportunity to create a new society, a position he maintained throughout the war. When the war ended, in 1945, the landslide Labour victory gave him the chance to help create it.