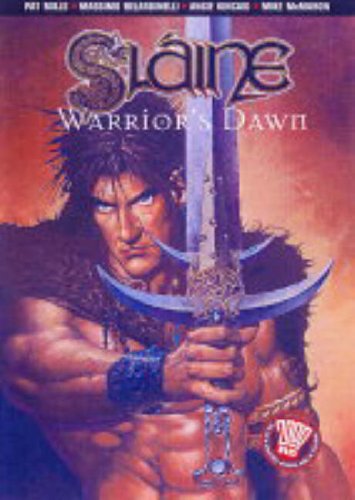 TIR NAN OG THE LAND OF THE YOUNG IS A VIOLENT WORLD, HOME TO WARRING TRIBES WHO WORSHIP GODS BOTH BENIGN AND MALEVOLENT. In this first collection of Sláine's adventures we meet one such tribe, the Sessair, brave warriors of enormous skill, and the best of them is a young barbarian named Sláine Mac Roth. Sláine is, among other things, a master of the 'warp spasm' channelling the mystical power of the Earth through his body to become a mighty, monstrous beserker!

Pat Mills is the creator and first editor of 2000 AD. He is the writer and co-creator of ABC Warriors, Finn, Flesh, Nemesis the Warlock and Sláine. He also developed Judge Dredd and helped write one of the early Dredd serials, 'The Cursed Earth.' Mike McMahon and Massimo Belardinelli are two of 2000 AD's most important artists whose influence on UK comics art comtniues to be felt.