Items related to A Passage to Peshawar: A British Officer's Experiences...

W.H. Precey A Passage to Peshawar: A British Officer's Experiences in the Indian Army 1944-46

A Passage to Peshawar: A British Officer's Experiences in the Indian Army 1944-46 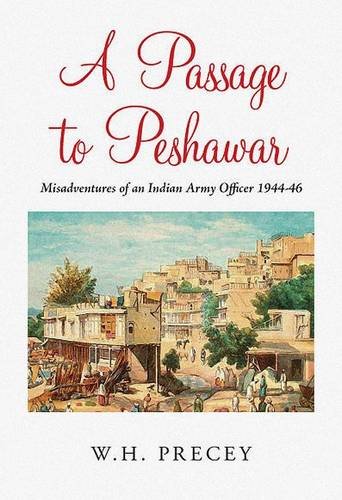 When young Bill Precey set sail for India aboard the MV Georgic in January 1944, he had no real idea what he was letting himself in for. He had signed on as an officer with the Indian Army and was bound for the North-West Frontier, where the famous Khyber Pass links India to Afghanistan. Bill did not realise it then, but here he was to witness the final days of the British Raj. Soon India would be independent of Great Britain and the great continent partitioned - an era was coming to an end. The England he was leaving behind was still in the grip of Word War II and as a young soldier he had witnessed his fair share of the horrors of war whilst stationed in Portsmouth at the height of the Blitz. Beyond the reach of German bombs in far-off Peshawar, Bill would take up his allotted post and discover the strange ways of Colonial India - an exotic and unfamiliar world. He would also discover Daphne ~ a Brigadier's wayward daughter ~ and their activities would soon have tongues wagging all over the district. It would not be the last time that Bill found himself out of his depth... Forthright and funny in equal measure, Bill's memories of his eventful years in India make for very entertaining reading as well as providing a fascinating eyewitness account of the last years of the British Colonial era in India.