Items related to The Irish Round Tower

Brian Lalor The Irish Round Tower 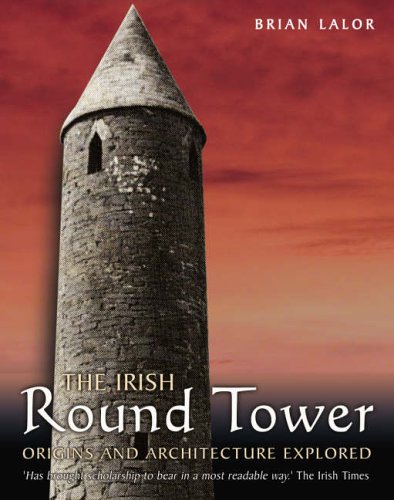 The remains of over 70 Round Towers survive in Ireland, widely distributed throughout the island. They represent the only form of architecture which is unique to Ireland. Many of those that remain are in association with surviving monastic settlements and are sited in some of the most beautiful and historic areas of the country. Little work has been published on the subject before now. This fully-illustrated study views them as an integral unit of an often now-vanished ecclesiastical complex, outlining their architectural design and construction, their function, their landscape setting and the uniqueness of each round tower site. For over two hundred years there has been debate as to the origin of the Round Tower.

Has brought scholarship to bear in a most readable way. --The Irish Times

Has the double advantage of being a text for the expert and a treasure trove for the uninitiated. --The Boston Irish Reporter

The Round Towers of Ireland:
were ecclesiastical bell-towers, referred to in the Irish Annals as cloicteach (bell house);

were built between the tenth and twelfth centuries primarily as the church belfries of early medieval monasteries;

are among the primary works of Irish Medieval antiquity, seventy-three of which some remnant still stands, complete or in ruins;

represent an essential symbol and icon of irish culture from the eighteenth to the twentieth century.

The Irish Round Tower:

is both a detailed study and a practical guide to these intriguing products of the Celtic imagination at its most fertile and fanciful;

contains new information on the origin of the towers on compelling parallels from Continental Europe;

is arranged county by county, allowing a reader to locate towers in the immediate area.