Items related to Streets and Spaces: Urban Photography - Salford and... 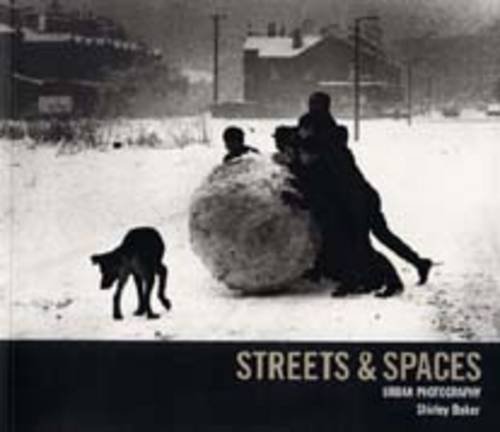 Great book advertised on another site

Photographer Shirley Baker has been commissioned by the Lowry to revisit the streets and spaces of Salford and Manchester that she famously photographed in the late 1960s and early 1970s. At that time she recorded, with powerful and memorable images, communities that were involved in transformations. Set against the desolation created more effectively by bulldozers than it could have been by bombing raids, people are setting about their everyday street activities: playing, chatting, shopping. But many of the streets are no longer there: the odd isolated building stands as a reminder of the disappearing street, and often, in the background, are the tower blocks that are such a questionable legacy from the period. Shirley's keen eye has now recorded those urban spaces and activities as they are now, and the contrasts are striking, yet so too is the continuity. The work will be exhibited at the Lowry in September, and this beautifully produced book will be published to coincide with that event.

Book Description Lowry Press, 1999. Paperback. Condition: Used; Good. Dispatched, from the UK, within 48 hours of ordering. This book is in good condition but will show signs of previous ownership. Please expect some creasing to the spine and/or minor damage to the cover. Damaged cover. The cover of is slightly damaged for instance a torn or bent corner. Grubby book may have mild dirt or some staining, mostly on the edges of pages. Seller Inventory # CHL5174746

Book Description Paperback. Condition: Very Good. The book has been read, but is in excellent condition. Pages are intact and not marred by notes or highlighting. The spine remains undamaged. Seller Inventory # GOR003154482