Items related to Children of the Dead End

Children of the Dead End 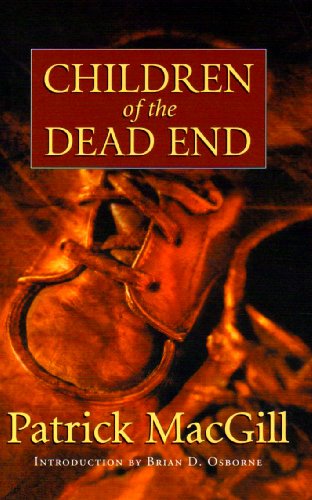 Inspired by his extensive reading, he had by now turned to prose and when, the following year, he produced his first novel, Children of the Dead End, which caused a literary sensation. The subtitle of the work was The Autobiography of a Navvy and into it the young author, at the age of just twenty-three, poured vivid and colorful descriptions of the life he had led until then, his family's struggle for existence, his days as a hired boy in Tyrone, the hard conditions he had endured in the fields of Scotland and the characters he had met in the navvies huts in Scotland. More controversially, he attacked the system, not only in Britain but also in Ireland, for the human misery in which he and so many of his countrymen lived and worked at the time. He would not be forgiven in many quarters in Ireland for his quite vicious and relentless criticism, not particularly of the landlord class in Ireland, but of the local parish priest and his friend, the local merchant, the gombeen man, both of whom he accused of exploiting the people and both of whom were clearly identifiable. As organized labor was becoming a power in the land, here was a new and formidable voice on behalf of the working class who was of that class and who had shared, however briefly, the hardships and isolation to which they were subjected.

No Children of the Dead End Read a customer review or write one .

Splendid ... a superb account of its times... Children of Dead End blazes with a passionate sincerity. --Irish Times

Its freshness and force is the mark of true literature the structure is perfect. Heartily recommended. --Irish Press

Children of the dead end /

Children of the dead end /