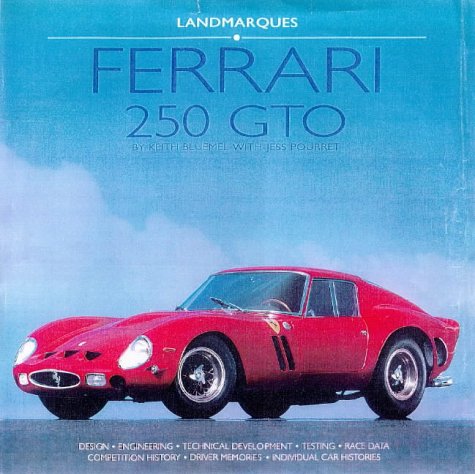 This magnificent book tells the story of a Ferrari 250 GTO with a particularly interesting and varied history. The car, chassis number 4153 GT, came fourth in its first outing at the Le Mans 24 Hours in 1963, and won the 10-day race-cum-rally Tour de France in 1964 with Lucien Bianchi and Georges Berger.

It competed in almost every form of motorsport, including the Angolan Grand Prix, Africa in 1964, and endurance racing, hill-climbing and rallying in 1965, entered by the great Belgian team Ecurie Francorchamps.

In 1966-69, it raced in Spain with owner Gerard Delgado and his friend Eugenio Baturone, a period that is described here for the first time. All this is covered in fascinating detail, supported by a fine collection of period photographs.

Keith Bluemel writes for many Ferrari-specific magazines around the world, including Cavallino (he has been competition editor since 2004), Ferrari Magazine (the official magazine produced for the factory by Conde Nast) and Prancing Horse. His books about Ferrari include the acclaimed Ferrari 250 GTO, co-authored with Jess G. Pourret and published in 1998 in three languages.

An automotive history of the Ferrari 250 GTO, written by a GTO owner. It covers: design; engineering; development; testing; race data; competition history; driver memories; and individual car histories. There are contributions from Ferrari's chief engineer and body/chassis designer at the time.