Items related to Under the Mound

Cynthia Heinrichs Under the Mound 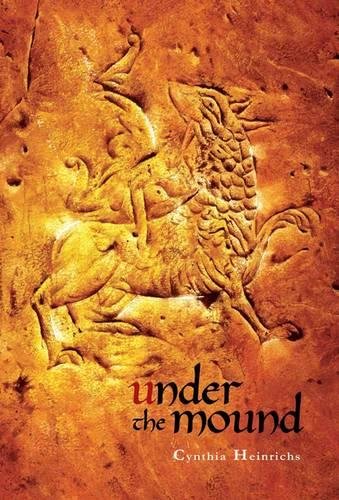 During the Yule season of 1153 Malcolm mac Alasdair is sent to serve the half-Scottish, half-Viking Earl of Orkney, who is on a quest to regain his earldom from a treacherous cousin. Malcolm is an artistic boy with no knack for warfare, he is certain that he will only hinder the young earl - and get himself killed in the bargain. His father's reason for sending him out on this adventure does nothing to allay his fears: in a vision he has seen Malcolm go to Orkney with Earl Harald. But this vision is incomplete - he hasn't seen Malcolm return...

Cynthia Heinrichs was born in Winnipeg, Manitoba but grew up in Vancouver, BC, where she has lived most of her life. She majored in psychology at UBC where she earned a Bachelor’s degree and discovered a love of history. She has worked as a nanny, an art restoration assistant, an English teacher in South Korea and a writing tutor, but her favorite jobs are aunt, vagabond, and writer.

Book Description Be Read. Hardcover. Condition: New. 1897476620 All our listings are Brand New copies held on shelves and ready to be dispatched right away. Super-fast delivery. Excellent value for money with 100% money-back guarantee. Buy with confidence (4). Seller Inventory # SKU1007938

5. Under the Mound [Hardcover] Heinrichs, Cynthia

6. Under the Mound [Hardcover] Heinrichs, Cynthia